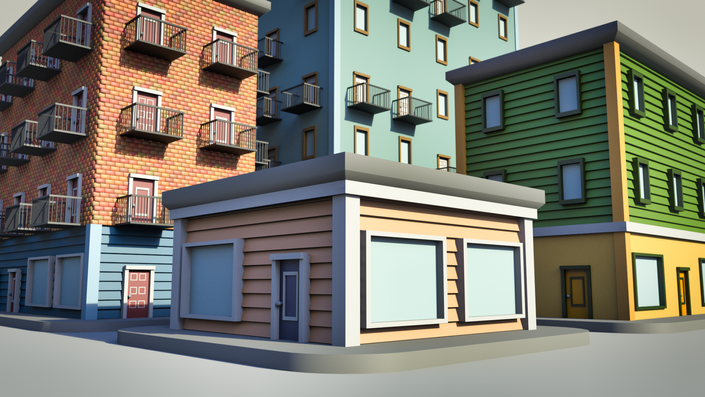 Learn how to create procedural 3D buildings inside of Houdini. This video course is beginner-friendly and takes you step-by-step through the process of creating 3D Procedural Buildings in an easy-to-understand manner. You will start by learning some of the basic core concepts of modeling in Houdini, such as creating primitives, Boolean operations, and how to create a simple modular asset. As you progress through the course, you will learn how to create more complex node structures, with a variety of different architectural elements, including doors, a balcony, and a variety of different wally construction types. Then, you will learn how to put together your modular assets procedurally to create a huge array of styles of buildings and be able to customize the color and properties of these procedural buildings. Finally, we quickly go over how to render your buildings using Mantra in Houdini. This course is the perfect starting point for any artist wanting to learn how to build complex 3D models inside of Houdini. 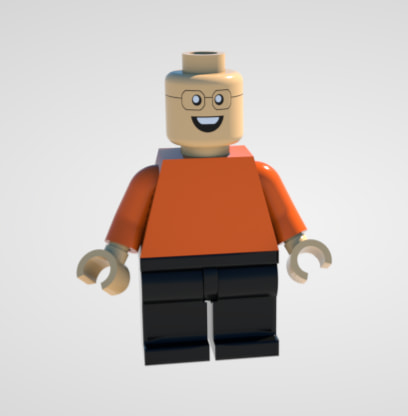 Prior to coming aboard at RIT, Alejandro served as the lead animation and video production instructor at Platt College where he rewrote and developed curriculum for animation and video production bachelor’s degree programs. He also developed online curriculum at Mt. Sierra College and taught game design at ITT Technical Institute. Outside academia, Alejandro has served with studios such as Image Metrics, Delux(E-Film), Lieberman Broadcasting, and Hill&Brand Entertainment.

When does the course start and finish?
The course starts now and never ends! It is a completely self-paced online course - you decide when you start and when you finish.
How long do I have access to the course?
How does lifetime access sound? After enrolling, you have unlimited access to this course for as long as you like - across any and all devices you own.
What if I am unhappy with the course?
We would never want you to be unhappy! If you are unsatisfied with your purchase, contact us in the first 30 days and we will give you a full refund.
What Software Will I need to complete this Course?
You will need Houdini. I know for sure it works with Houdini 18.5 and 19.0
What level is this course?
This is a beginner-friendly course as long as you know the fundamentals of Houdini and 3D production; Such as creating nodes, navigating the 3D viewport, and setting properties.
What version of Houdini was used to create this course?
I used Houdini 18.5 and halfway through transitioned to Houdini 19. The nodes I used should not have changed between both versions of Houdini and the file works in both versions.
off original price!